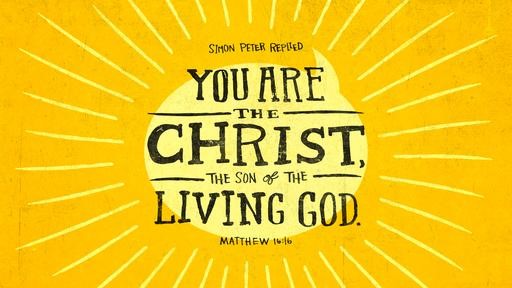 51 And behold, the curtain of the temple was torn in two, from top to bottom. And the earth shook, and the rocks were split. 52 The tombs also were opened. And many bodies of the saints who had fallen asleep were raised, 53 and coming out of the tombs after his resurrection they went into the holy city and appeared to many. 54 When the centurion and those who were with him, keeping watch over Jesus, saw the earthquake and what took place, they were filled with awe and said, “Truly this was the Son of God!”

When the Creator of all things is crucified at the hands of his creation, there is a profound mystery. Such a thing also results in a shaking of the foundations of the world. At Jesus’ death, there was a reaction form the creation itself. There was darkness, the earth shook, rocks split, and people who had died came out of their tombs alive again. I cannot even imagine what this must have been like for those who were there.

We do get the reaction of some to the shakeup that happened at Jesus’ death. A Roman centurion and others were left in awe and wonder and proclaimed, “Truly this was the Son of God!” That is a remarkable statement. Of course, it is true, but it was at Jesus’ death that they realized this, not during his life and ministry. It is even more remarkable that, even with all that transpired, many still did not recognize Jesus for who he was.

Each of us must make a decision about Jesus’ true identity. Was he a fraud or was he truly who he claimed to be, the Son of God? When confronted with all that he said and did and with the testimony of those who were there to witness it, we cannot push it aside and pretend it is of little importance. If he was a fraud, we can dismiss him. If he was truly the Son, we must hear his words, repent, and turn to him in faith. What will you do?