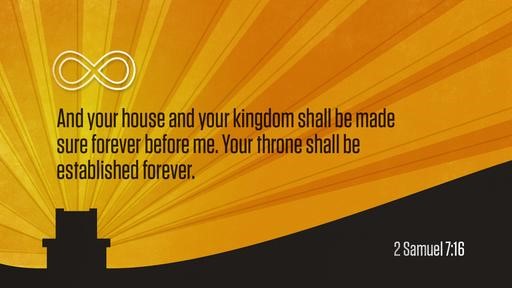 Yesterday, we looked at Jesus’ genealogy as recorded in the Gospel of Luke. Today, we look at Jesus’ genealogy as recorded by Matthew. When we read this list of names, it is important to understand why Matthew is giving us this list. He tips us off to his purpose in the very first verse. He wants us to know that Jesus is the son of David and the son of Abraham.

Luke shows us how Jesus was the fulfillment of the promise made to Adam and Eve in the garden of Eden. That is why his genealogy traces all the way back to Adam. However, Matthew is showing us that Jesus is the fulfillment of promises made to both Abraham and David. God had promised Abraham that kings would come from his line (Genesis 17:6) and he had promised David that he would have a descendant who would sit on the throne forever (2 Samuel 7:12-16). Jesus was the long-awaited Messiah, the King whose reign was promised and would never end.

It is amazing to think about the promises that God made in the Scriptures long ago. Through them, we see that God is faithful and trustworthy. He keeps his promises! We also see that God loves us even though we are often unlovable due to our sin. But God sent his Son into the world to be our King, the King who would die for his people so that we could be saved and have life. What a great King he is!

**Shaped by the Word is a daily, Bible-reading devotional. Please subscribe to this page so you can follow along each day. We will be reading through the life of Christ as recorded in the four Gospel accounts in 2019.